Going Forward by Going Back: Celebrating the Reformation Movement 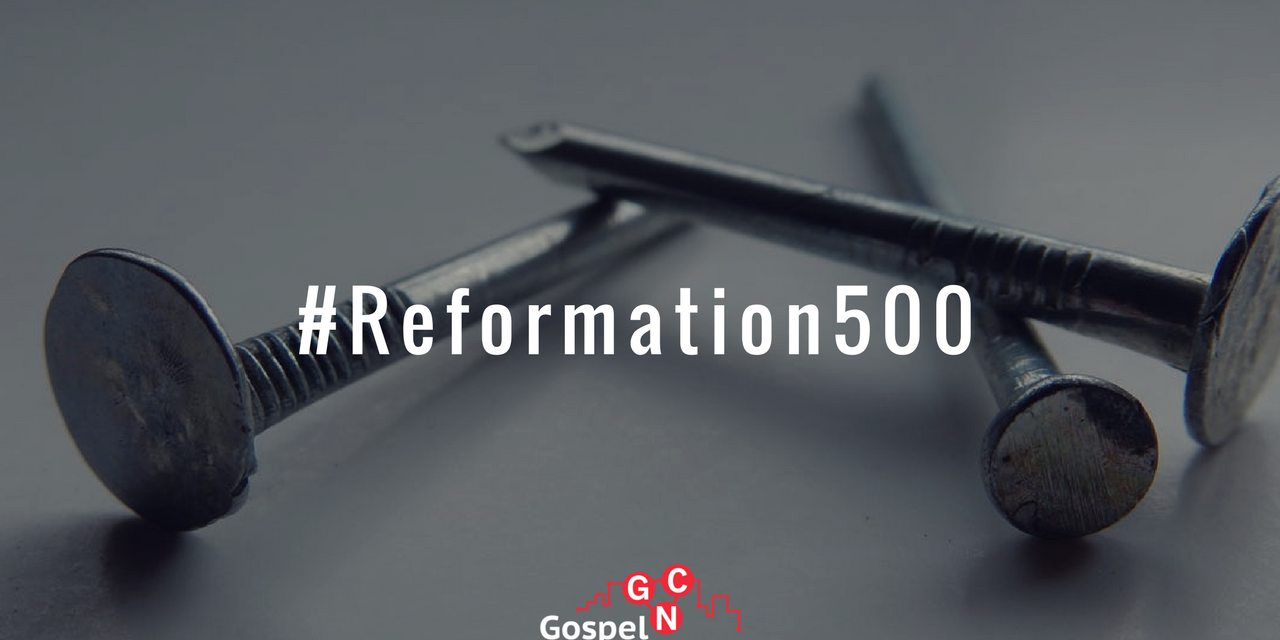 Five hundred years ago on October 31, 1517, a German theologian named Martin Luther nailed a protest (with 95 bullet points!) on the door of a local church. Luther’s bold and controversial action spawned a movement that would change the church and the world. This act of “protest” (where we get the term Protestant) was not the first nor was Luther the only voice calling for reform in the church, but his nailing of the 95 Theses on the Wittenberg Church door became a rallying point for reform-minded Christians.

For Gospel City Network the Reformation emphasis informs much of what we are about: going back to the gospel, going into the growing and changing cities of the world, and growing intentional churches.

Going Forward by Going Back

During Luther’s time the church had become a powerful institution but had stopped emphasizing the essence of the Christian faith. Luther, himself, had been plagued by overwhelming guilt before a holy God who called for perfection. As Luther went back to the Holy Scriptures he read Romans 1:16-17 and was overwhelmed by the knowledge that salvation was not up to him. Salvation was from God through sending his Son to take our guilt and shame to the grave and then overcame death itself to give us life.

The mantra of the Reformation became encapsulated by what has become known as the Five Solas (Sola meaning only in Latin):

The Reformation was a decisive turn back to biblical Christianity, which also meant a return to seeing Jesus Christ as “the founder and perfecter of our faith, who for the joy that was set before him endured the cross, despising the shame, and is seated at the right hand of the throne of God” (Heb. 12:2, ESV). Five hundred years later, we must continue to look to Christ and the Scriptures as central to our faith.

Europe during the time of Luther was changing dramatically. There was a shift from a rural, agrarian society to the beginnings of modern society based in growing cities. The Reformation was essentially an urban movement, anchored in cities and using urban forms of communication and cultural expression (Steven Ozment, The Reformation in the Cities, 1). The Reformation gained momentum by using the latest in communication technology, the printing press. The rising educated, middle class in the cities embraced the ideas of the Reformation which then impacted the cities of Europe. John Calvin and others observed the needs of the growing cities and adapted ministry and church social services to serve the poor and marginalized.

It was the cities of Europe that influenced the culture and direction of Europe. When the Reformation took hold in the cities, all of Europe had fresh exposure to the beautiful hope found in the gospel. Five hundred years later, the rise and influence of cities all over the world is unparalleled in history. We have the opportunity to return to the truths of the gospel of Jesus to offer hope to the billions now living in cities.

Another monumental shift of the Reformation was a renewed focus on church life. Since the time of Constantine, someone was automatically associated with a church and little was asked of the average Christian except occasional participation. The Reformation sought to return to the biblical teaching about church life. The church is called to represent Christ as his body. The church is called out as royal priesthood proclaiming the gospel to people of every language, tribe and nation. The church was to be distinct from the world as a community shaped by the gospel. The Reformers taught us to search the Scriptures to understand church life. Five hundred years later we look afresh at the Scriptures we see a clear pattern of planting churches everywhere we find people beginning with major urban centers.

We commemorate and celebrate the courage of Martin Luther and many others who risked everything as servants of the gospel. As we remember Luther nailing his protest to the door of the Wittenberg church we are reminded of the one who nailed our countless trespasses to the cross (Col. 2:14). It is through new life in Christ that we are freed from bondage to our sinful nature and able to start churches shaped by this gospel reality.