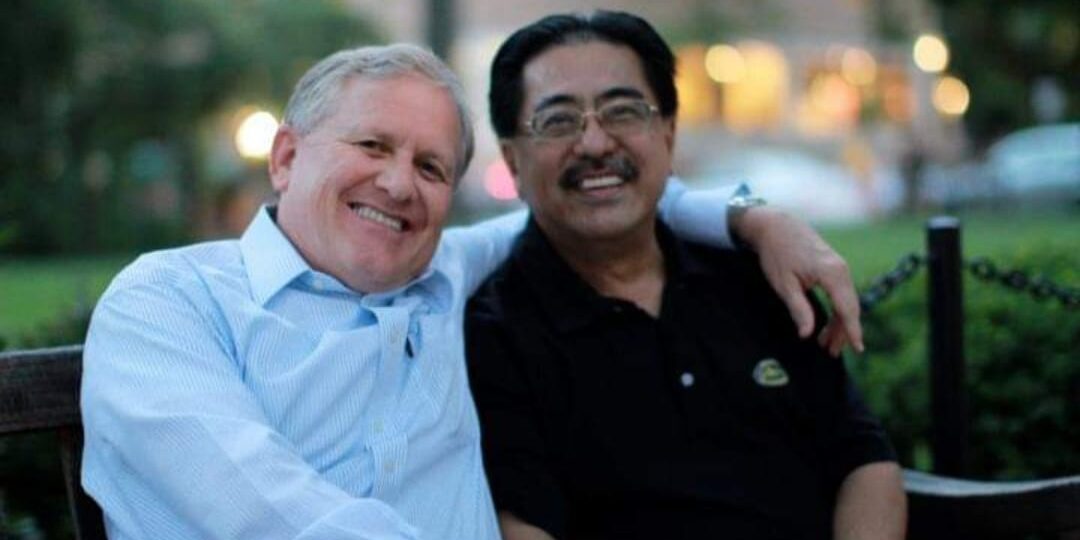 My first encounter with Jay was in Dhaka 16 years ago. It was early in the morning when I was preparing to go off from the hostel to teach a biblical subject to a group of young people and I saw a stranger having breakfast in the dining room. He took the initiative to introduce himself and we had a brief chat before he left for the airport to take his next flight to another city in Asia. He came across as a seasoned traveler. He was friendly and seemed to take an interest in knowing me.

Little that I know that it was not a chance encounter. Like most people in the City to City Asia Pacific circle who testified that it was Jay who got them into Redeemer Church Planting Movement, I too was found by Jay. Much later I discovered that this man had an incredible ability to look for the right men and women in many cities in Asia to be trained as church planters. He connected us to Tim Keller and the Gospel Centered Church Planting Network in Manhattan. He was like Philip who enthused Nathaniel to come and see what he had found- “We have found the one Moses wrote about in the Law, and about whom the prophets also wrote-Jesus of Nazareth, the son of Joseph.” Philip was excited to have found the true gem- Jesus the Messiah. He wanted everyone to come to know the Messiah. In the same way, Jay, very much like Philip, enthused many Asian church leaders to come and see and taste the gospel of grace dished out through the teaching and training of Tim Keller and his associates.

Two years after my initial encounter with Jay in Dhaka, I found myself sitting in a room with several Asian church leaders in Manhattan. The 5 weeks intensive church planting training profoundly changed my life and ministry. I was soaking in Tim Keller’s teaching. Tim Keller demonstrated to us the importance of preaching Christ in the OT and showed us that the gospel of grace permeates throughout the OT and NT. What I learned about the gospel of grace from Tim Keller I saw in Jay’s life and experienced in how he related to me. Jay was both humble and bold. He was joyful and fun to be with. He genuinely wanted to give the best to people by connecting them to the best resources he knew. He was never selfish and was willing to share and give away what he had. He was always there to empower people to live to their full potential for Christ and his mission. There is a photo on Facebook showing Tim Cox in a kneeling position taking a photograph with his camera, and behind him was Jay holding an umbrella shielding Tim from drizzling rain drops. This is a picture that epitomizes Jay’s life. He was always there holding an umbrella literally and metaphorically for his colleagues in the church planting circle so that they could do their work well. 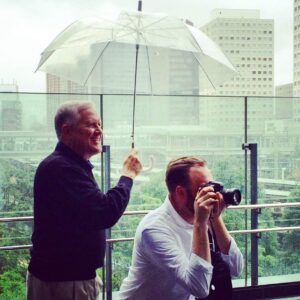 Countless church planters owe so much to this man for the profound impact he made in their lives.

Redeemer City to City has such an impact in the major cities of Asia, South America, Europe, and North America because of the unassuming and tireless efforts of Jay, and the men and women he inspired. We could all see the huge sacrifices he made, living off suit cases from hotel to hotel two thirds of his time each year for many years. It is said that airport lounges and transit places were his second homes. Those of us who travel often will know how tired and lonely it can be. Those years of travelling must have taken a toll on Jay physically. I saw first hand how hard Jay worked to a fault. Several of us were with him in Jakarta trying to recruit Indonesian church planters. Jay packed four meetings into a single day of his schedule to go to different places to meet potential church planters. Travelling in Jakarta city with its constant traffic jams, wears out even the young people physically, let alone older people. We would often start at 9 am after breakfast and end at 9 pm. After that in the hotel room, Jay would continue to connect with people in different cities through emails past midnight. Tim Keller in his tribute to Jay said that you will not find a man more hardworking than Jay.

I often asked what drove this man to be such a hard worker. He would go to a city and meet church leaders. He would spend time cultivating deep and true friendship so that he could either raise funds or get some leaders to be trained as church planters. Jay had an uncanny ability to make people feel privileged to give away their money for the Lord’s work. Without spending a great deal of time and seeking the welfare of people, it was not possible that so many would come onboard. The vision of Redeemer City to City would remain only as a vision. Wealthy Christian leaders were willing to give to the cause of Christ through the vision that Jay cast and imparted and the lasting friendship he forged with them over the years. The dividends paid off. Consequently, the vision of Redeemer City to City birthed City to City Asia Pacific and Gospel City Network Malaysia.

God used Jay to gather us together to be part of a gospel centered church planting movement. He gelled us as great friends loving Jesus just as he loved Jesus. He showed us it can be fun serving God together. He was a great gift from God to us all. We praise and thank God for every remembrance of him.

Rev. Wong Fong Yang graduated with a degree in Civil Engineering and holds a Master of Divinity from Singapore Bible College as well as a Master of Theology from Trinity Theological College, Singapore. He is the founding pastor CDPC church. He is also the former Moderator of Presbyterian Church of Malaysia. Presently he sits on the board of directors of Gospel City Network, Malaysia. He has authored two books: The Christian’s Dilemma concerning food offered to Idols and Church Discipline - The Dynamics of Shame. Married to Constance, they have two children - Sarah and Samuel.