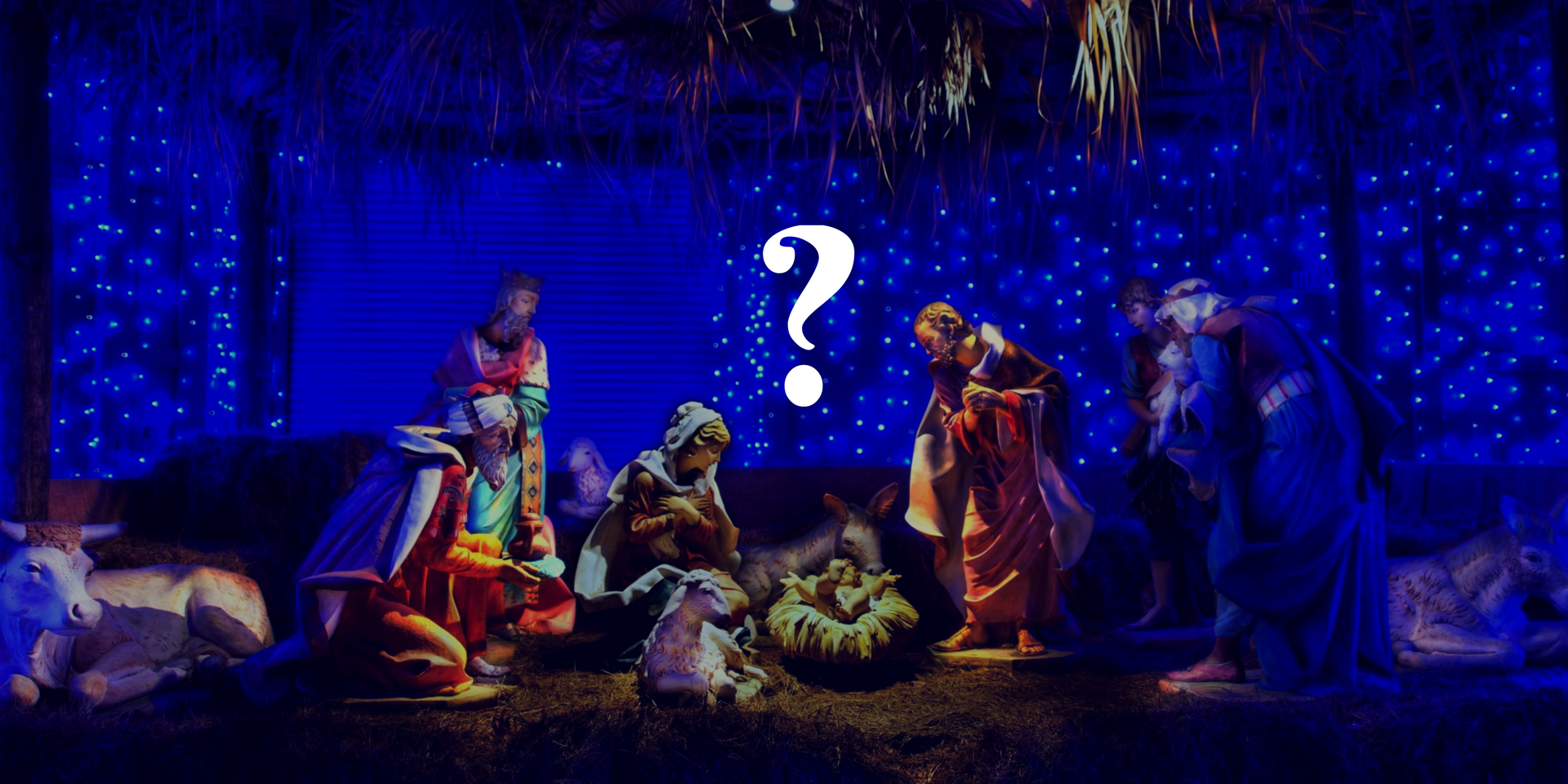 We sit down to read Luke’s Christmas Story and we think we already know it: there’s Joseph and Mary, searching the streets of Bethlehem for a place to have their baby. There’s the mean inn-keeper saying, “no room for you here!” Then there’s the starlight shining on a cozy little stable. Mary gives birth, and lays the Baby Jesus in a nice clean manger with all the nice clean animals looking on.

That is a lovely story! — too bad it’s not actually in the bible.

There was no desperate search for lodging, no inn, no mean inn-keeper, and no stable. The Greek word often translated “inn” actually means “upper guest room”. And the Greek word for “manger” actually does mean “manger” — except that Jewish families did not keep their mangers in a stable.

Of course, at this point someone is going to say, “C’mon man, don’t ruin the spirit of Christmas with all that textual stuff! Besides: a lonely couple, a mean inn-keeper, and a cozy stable just add to the pathos of the story!”

They also totally distract us from the Author’s actual point.

Those other elements were added later by Christians who misunderstood both text and context. Their misunderstanding turned the Christmas Story into the sentimental account of a lonely couple lost in the winter midnight, allowing preachers everywhere to ask the question, “Have you made room in your heart for the Baby Jesus?”

But Luke’s Christmas Story is not actually about loneliness and rejection. It’s about corrupt governments and poor migrant workers. It’s about injustice, and sedition. It’s about the crushing weight of tyranny, and a people’s longing for something more: a country of their very own.

Here is Luke’s Christmas story, told with an eye toward both text and context:

Joseph grows up in Bethlehem, but the local economy is depressed. However, in Galilee, far to the north, an earthquake has destroyed the city of Sepphoris. Herod the Great wants it rebuilt. Thousands of construction jobs are available! So Joseph migrates. He lives in the small migrant-laborers’ kampung (village) of Nazareth, and walks to work in Sepphoris, about seven kilometers away. He meets a nice local Jewish girl named Mary (according to tradition Mary was born in Sepphoris). He gets engaged. Then Mary turns up pregnant!

Just then the corrupt Roman god-emperor decides he wants more money. He commands everyone to balik kampung so they can be counted and taxed more effectively. Joseph the migrant worker has no leave days, no health insurance — and no choice. He quits his job, scrapes together his savings and his fiancee, and walks the distance from Kuala Lumpur to Ipoh. And when he finally arrives home he finds that the “upper guest room” of his parents’ house is already packed full of other relatives, also home for the census; so he and Mary have to sleep on the ground floor, in the kitchen/living room, where the family’s animals are kept at night. A few days, weeks — or perhaps even months! — later Mary goes into labor surrounded by helpful relatives. She lays the baby in the only piece of furniture available: the manger…

It may not seem like much: a return to a more authentic understanding of the Christmas narrative. Some might say, “Why bother?” — but I believe the Gospel demands it. The Good News of Christ’s birth is not supposed to be a one-dimensional, simplistic contemplation of an individual’s need to “find room” for Jesus. On the contrary, Luke’s narrative is nuanced, complex, cosmic in scope; it contains the seeds of glory and foreshadowed grief.

Here, in Luke’s Christmas Story, Mary wraps Jesus in cloths and places him in a manger; at the end of Luke’s book, Jesus is again wrapped in cloths…and placed in a tomb.

Here, the angel says, “Today a Saviour has been born to you!” On the Cross, Jesus says, “Today…you will be with me in Paradise.”

Here, Jesus is born on the ground floor because Joseph’s ancestral home is so full of family there is no room for him in the “upper guest room”. In the end, Jesus has begun a new kind of family, and he eats the Passover feast with them in a large “upper guest room” — yes, Luke uses the exact same word.

So what’s the point? Just this: I am convinced that if we read the Christmas Story as its Author intended, our comprehension of the Cross can only grow deeper.

Ultimately, the Christmas Story is not supposed to make us wonder, “Have I made enough room in my heart for Jesus?” Rather, it sets us up to ask the only question that really matters: “Could there be room in Jesus’ family for me — even me?”

Article derived from a sermon entitled “Why the Christmas Story is More Political and Less Christmasy Than You Have Been Led to Believe”. The sermon can be listened to at https://www.cdpckl.com/luke/

Ian Chris is one of the pastors at City Discipleship Presbyterian Church, Kuala Lumpur.